Looking for a challenge?

The pieces contain introductions, codas, modulations as well as written Solos full of real Jazz language that increase interest and challenge . Suitable for more advanced players who are looking for total immersion in the Jazz idiom. Inside almost every Duet a musical tribute to some great Jazz composer or improvisor of some sort has been inserted with the purpose of enriching the pieces whilst at the same time disseminating the Jazz continuum ("the truth as some people like to call it").

"Advanced Duets for performers Duets are challenging, very musical and demonstrate a deep understanding of the Blues & Jazz vocabulary. There is plenty of stylistic language that can be gleaned from these duet studies. Extended range, chromaticism, rhythmic interplay and well conceived independent contrapuntal parts present some good technical and musical challenges for the players"

1. Bourbon Street Blues in the key of D features a solo brimming with phrases reminiscent of Johnny Hodges to whom it is dedicated. The ‘head out’ is developed further with a modulation to Eb and adds rhythmic and harmonic variation (2.20)

2. HoboBlues in the key of C  major explores the major-minor sound that is such an important feature of the blues. The solo in the jazz vernacular gives the student the chance to ‘wail’ in homage to Sidney Bechet (2.04)

3. Ramblin Blues is dedicated to the grandfather of jazz - Duke Ellington, composer of such classics as Take the A Train, Mood Indigo and Satin Doll. Starts in D major, modulating to Eb in the solo and heads out in G major - adding colour and tension (2.25)

4. Delta Blues features a riffy low sub-tone second part and is dedicated to Ben Webster; gentle giant of the tenor sax, who could evoke so much from his sound alone. Modulates from G, Aflat to A (2.09)

5. Memphis Blues in honour of legendary saxophonist John Coltrane with reference to the Crescent album (1.58) Keys: A , D to G

6. Jive Blues starts in G with the second head developed in Ab. Then comes a shout like head in A  but marked softly! The out head modulates to Bb with further passing notes and added embellishments to increase the tension (2.17)

Thank you for submitting a review!

Your input is very much appreciated. Share it with your friends so they can enjoy it too!

It is always fun to play duets with a friend. Thanks Nick

Jazz Duets was great for me and my friend.

Really, very enjoyable to play. Lots of interesting melodies, chord changes, and rhythms. Also, the book is a challenge to play for me, so I have an opportunity to woodshed here with my sight reading and my playing technique. Thanks for making it available!

Great arranging! Challenging for the most advanced players, I think. Good for working your chops!

Awesome! Printed it easily and love the quotations. The arrangements are really fun and challenging! Have you thought about adding a bass part for these? 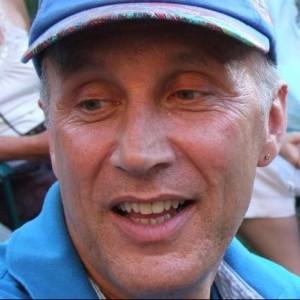